This post shows you how to embed and re-use Response Surfaces previously created within Nexus into your own external applications without requiring any iChrome’s product license.

The Response Surface module of Nexus allows to create, train and validate Response Surfaces moving from an initial set of sample points, either generated within Nexus as a Design of Experiment or imported from file. Once a Response Surface is created, this can be exported and saved to be used outside Nexus and without any needs to have or purchase Nexus (or other iChrome’s product) licenses.
This can be done via the so called Response Surface Toolbox. More information on how to install the Toolbox can be found here

Please note that the assumption here is that you work with a Response Surface model already defined and validated before in Nexus. I’ll post another short demo on how to create and export a Response Surface with Nexus in the coming days.

Firstly, we need to check the Response Surface Standalone Toolbox is available and has been installed properly on the current machine. To do that, we launch a DOS shell and we simply type:
nxRspSrf version

If the Toolbox has been installed and configured correctly, you should see a message similar to the one shown on the right, telling you the current version of the plugin and of the linked resources. 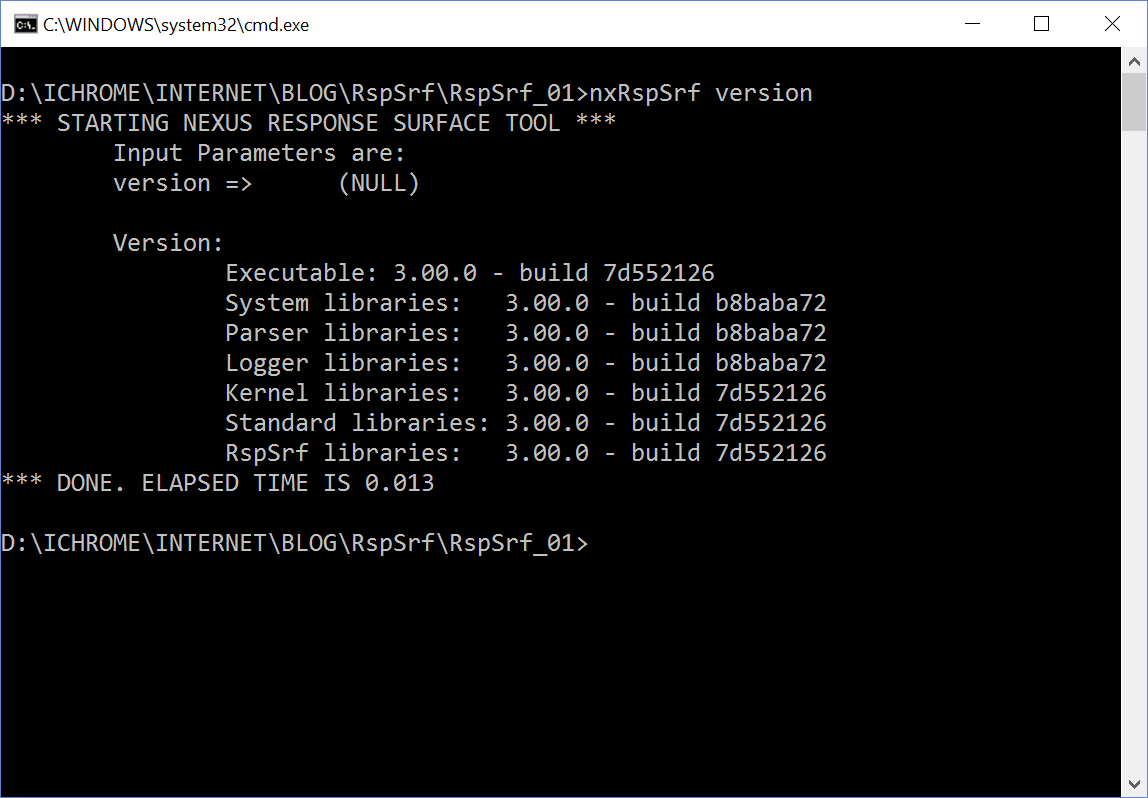 Explore and validate the Response Surface

The Toolbox allows to explore provided response surfaces before these are actually used to evaluate new points. To do that, we launch a DOS shell and we type: nxRspSrf rss=[RS_name.rss] being RS_name.rss the name of the response surface we wish to check, RBF_01.rss in this specific case.
The Toolbox returns the Nexus command originally used to create the Response Surface and additional data on expected Inputs and Outputs to the Response Surface, as shown on the right. 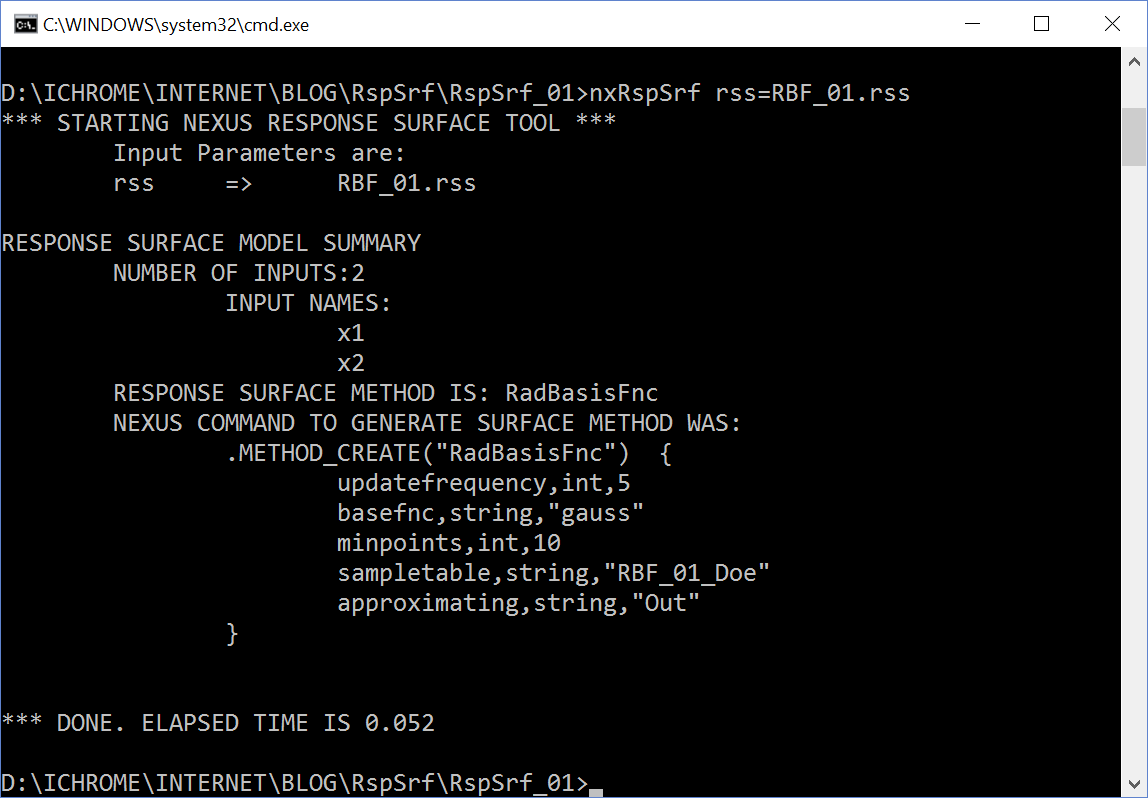 Evaluating a Response Surface via the Standalone toolbox requires the definition of an input file containing the set of points to be evaluated. File should contain a point per line. Column values should be ordered as expected by the Response Surface.
In this case (see above) the response surface expects as input X1 and X2, thus we prepare an input file as the one reported on the right. 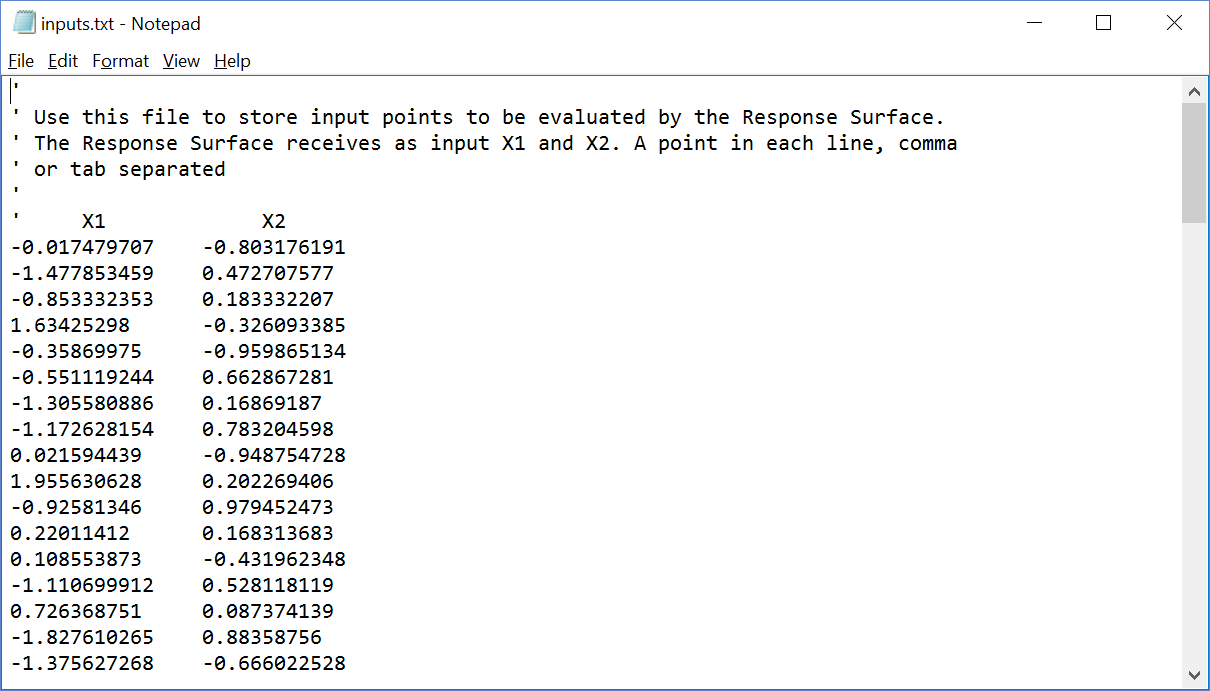 Lines that start with ‘ are considered as comments and are not read. Input values within each line should be comma or tab separated. 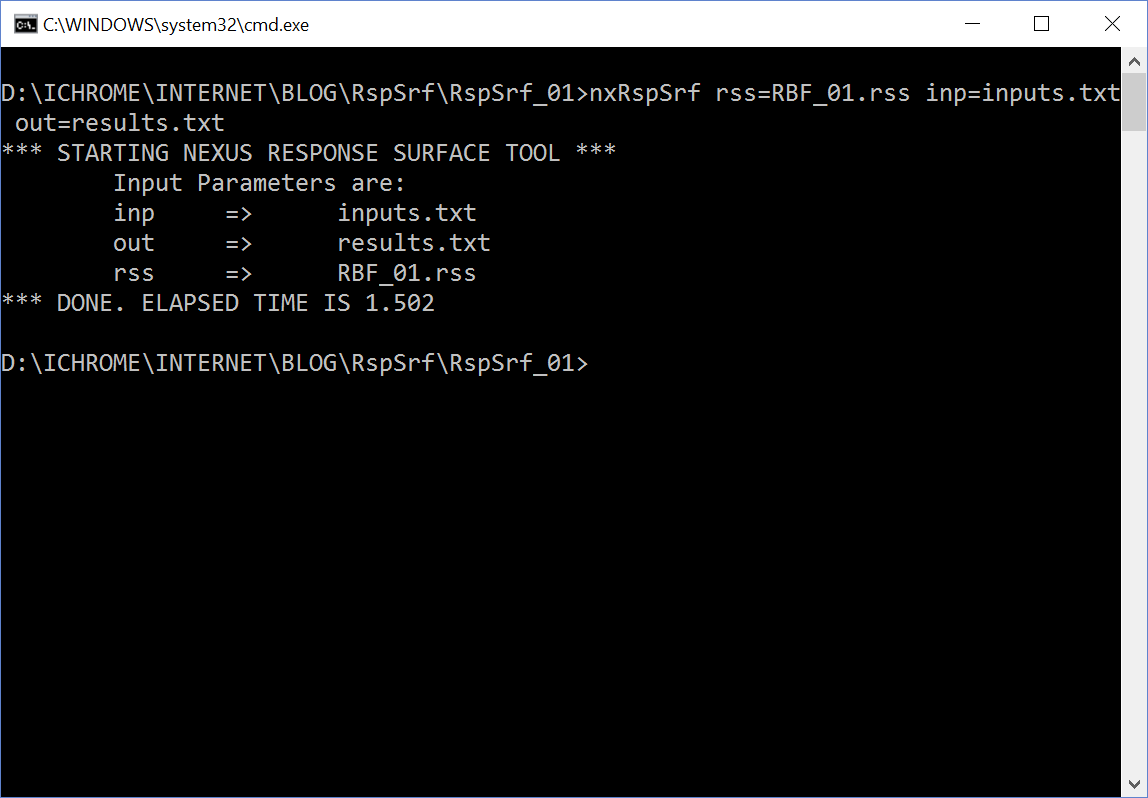 Once the input file (inputs.txt) is ready, we can call the toolbox to evaluate each point, by running the following command:
nxRspSrf rss=RBF_01.rss inp=inputs.txt out=results.txt 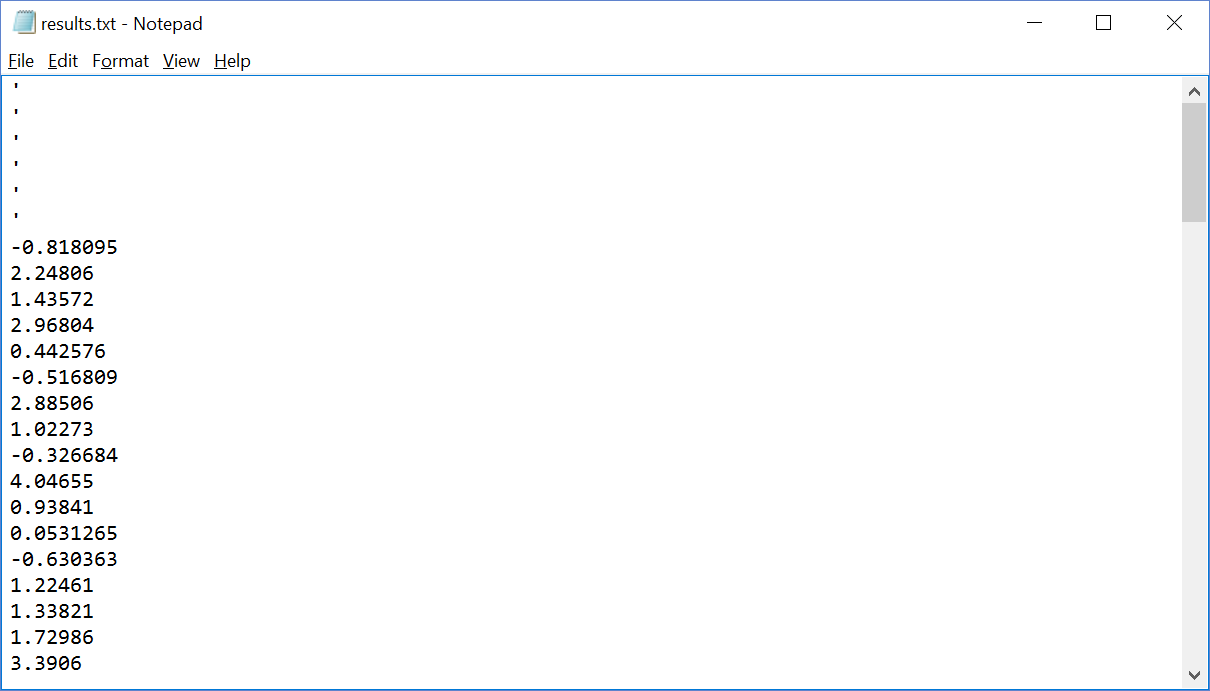 If parameter out= is omitted, the tool will save the output values in a file named as the input file with extension *.out. Results are reported above. For each valid line, i.e. for each valid (X1, X2) pair, a new row is added to the output file with the values computed by the Response Surface. 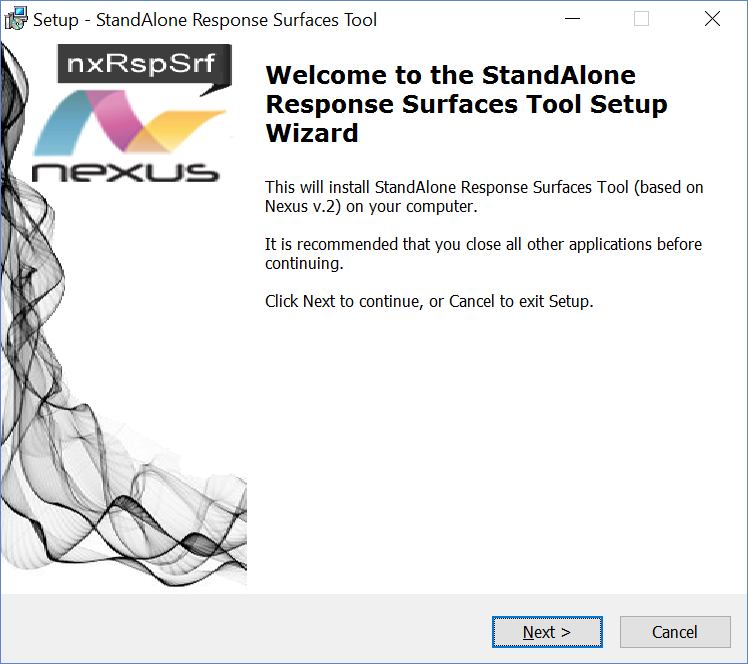 Once downloaded, launch the installer and follow the provided instructions. 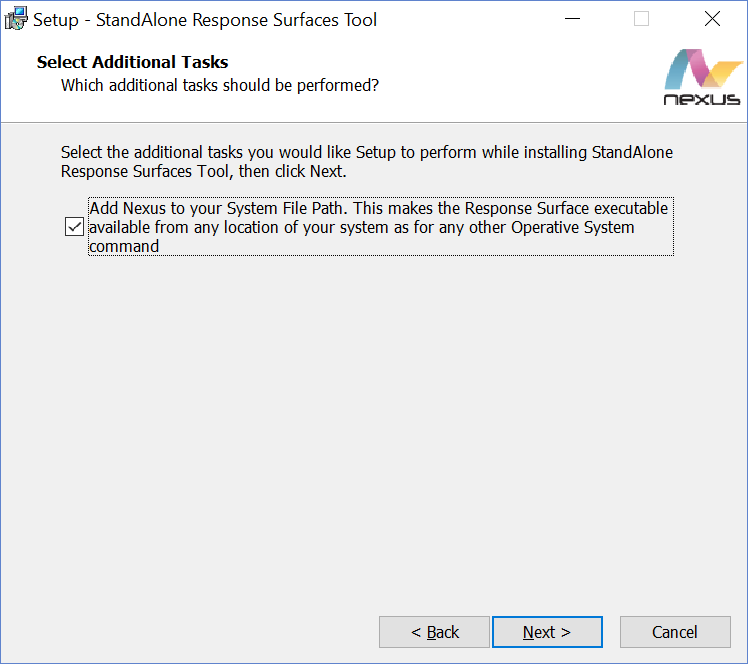 Remember to add the Response Surface Toolbox to the System Path to be able to call the toolbox from the Operative System command shell or from within third party applications. Missing to configure the system path will prevent the toolbox to locate the required native libraries.