With the right set of expertise, is it possible to push vibration FE analyses a step forward and use those to predict structural damage onsite and locations? The answer is yes and we did it!

Predicting the vibration response of complex structures via FE simulations is not always easy. Correct material properties and boundary conditions (such as clamping/support stiffness and dumping properties of rigs) play a primary role in the correct modelling of the system and in achieving reliable and accurate predictions of the dynamic response of the structural assembly. Expertise and technical background are fundamental enablers to achieve accurate predictive results.

One of our customer’s – as part of its metal casting process – was observing local cracks and random defects in some of the produced components.

To solve the issue, we promoted three initiatives: 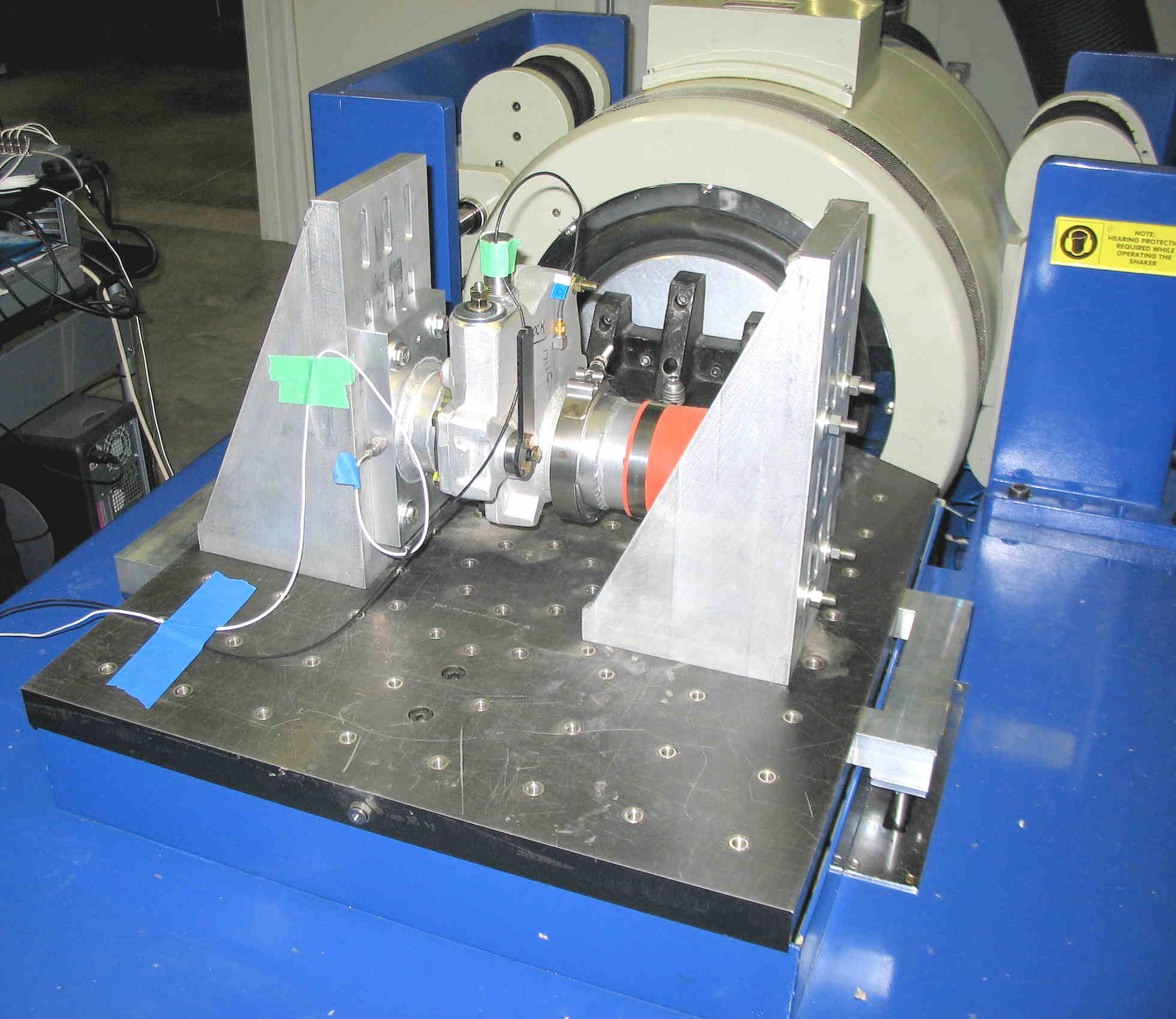 In this post, we will focus on the application of FE vibration analysis to predict early crack onsite and local damages. We are going to discuss the approach in detail using a very simple and lean example: a cantilever beam.

The Methodology
(A simple example explainer)

Clearly gaps and tolerances may change the natural frequencies, the modes of vibrations and the amplitude. Generally speaking, the reason of these changes is the nonlinear effect that defects such as cracks, gaps and tolerances introduce in the overall stiffness of the structure. Those act as if the structure doesn’t have a constant stiffness over time.
As an example, you can image a (large enough) radial gap in a pin-lug joint: the pin hits the lug in different areas during the cycles and therefore the stiffness and the response of the assembly suddenly changes over the time and over each cycle.
This is potentially true for any structure. Again, let’s consider a simple cantilever beam under a vibration test. Now suppose the cantilever beam has one or more transversal cracks. During an excitation cycle, the crack will go from a fully closed position to a fully open one.

This phenomenon is called breathing of the crack and it has been investigated in rigorous scientific publications and academic research streams (see [1] a reference).

Limiting to this example, Ansys Mechanical has been used to perform the calculations. However, and without loose of generality, any other FE solver can be used.
In this simple case we used brick elements and a regularly mapped mesh, for a total of 2880 nodes and 2135 elements. The aim of this example is indeed to show an approach to vibration analysis of cracked structures, well knowing that in real-world industrial applications FE models shall be properly refined to achieve the desired accuracy.

The response of the cantilever beam over the time has been recorded for 1s via a transient structural analysis. It is stressed that:

A Fast Fourier Transformation (FFT) analysis of the signal between 0 and 1 s has been performed (can be easily performed within Excel using the “Data Analysis” tool). It is worthy noticing that the damage structure exhibits very high magnitude at an excitation frequency of 9.23 Hz, whilst the intact structure exhibits a main excitation pick at a slightly higher frequency but with a lower amplitude, clearly suggesting that the intact structure has an higher stiffness and more dumping than the damaged one. 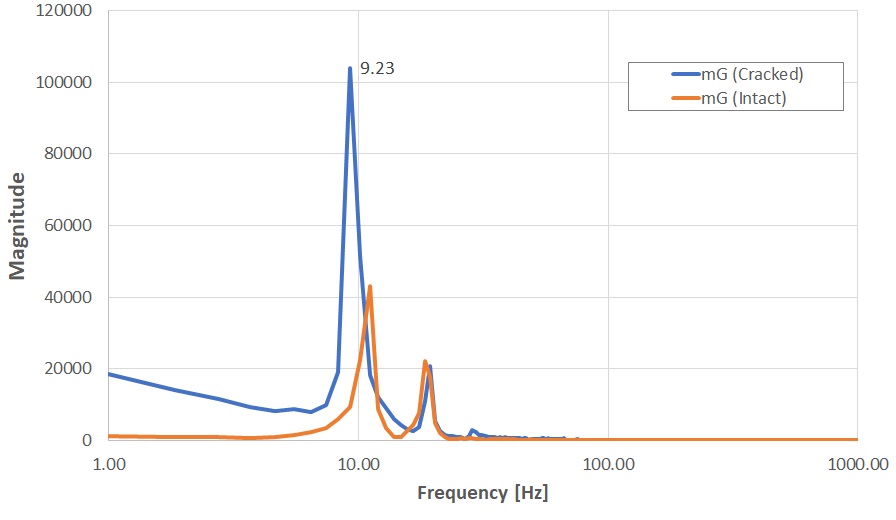 This post suggests – using a simple and idealized cantilever beam – how vibration tests on shaker tables along with predictive FE analyses could be used as cheap and effective non-destructive testing methods.

Similarly, the post suggests how gaps and tolerances in real-world components could play an important role in the dynamic response of a system and should therefore be considered as possible source of uncertainty in the FE modelling of complex assembly when vibration response is under investigation.

[1] Carpineri, Pugno, Toward Chaous in Vbirating Damaged Structures – Part I: Theory and Period Doubling Cascade. Back to text